My eighteen year anniversary is in less than two weeks. I promised a few weeks ago to tell about my own true-love story; now is as good a time as any. It will have to be in a few parts to avoid getting too long. While I don’t remember exact dates, I will never forgot the feelings.

During orientation week at Bethel, I was put in a “leftovers” group. Most of the groups were comprised of those whose homes were geographically close. Even though I knew people from towns near me, I didn’t end up in their group. One guy in my leftovers group was from South Dakota. His name was Jim and he was a really nice guy, reminiscent of some friends I’d had in High School (Chad, Andy, and Matt R., for anyone from days gone by). We talked on the phone and took walks but he was always quick to point out our friendship was not “like that”, duly noted, it wasn’t anything I hadn’t heard before.

I’d been there for a couple months and felt sorry for myself. I had nowhere to go and, frankly, I was jealous. I was never a beautiful, poised, confident young woman and guys weren’t interested in the shy little introvert who turned six shades of red when spoken to by anyone I didn’t know. All of my friends were so pretty and had boyfriends, many of them serious. Nothing quite illuminates your shortcoming as being the only one in a sizable group that has it.

In November, right when I really got down on who I was, what I looked like, how I acted, and everything else I could think of, Jim told me a friend of his was coming to visit from home for a weekend. I asked him to introduce me, though it was more to be nice than any fleeting thought that I had a chance in a million years of a passing glance. He didn’t want to, which made me all the more curious (can a writer really be a writer without a curious streak a mile wide?). He hemmed and hawed but finally agreed to bring him over to my room to meet me briefly.

I sat in my room pretending to do Psychology, shooting evil glances at my phone wondering if Jim would call or just show up. He only had about fifteen minutes before boys were locked out of the girls’ dorms. I lamented about being forgotten once again when someone knocked sharply on the door. I jumped down from the top bunk took two strides to the door and opened it wide, ushering them in.

“Took you long enough,” I said, stepping to the side and pushing the door leaving it open about six inches (it is a Christian school). I stepped back and waited for Jim to reply or introduce me to his friend…or something.

I waited for that feeling of heat to rush to my cheeks. Others had pretty blushes but not me. I always turned so red I looked sick. This time, it never happened. The heat, the piled embarrassment of knowing how stupid I looked which added to the embarrassing blush…it didn’t come.

“Hi.” Matt took his hand from his coat pocket and waved for a second.

In that moment our gazes locked and I got a shock so strong I couldn’t speak. I nodded at him, but couldn’t take my eyes off him. He seemed to have similar issues and Jim was soon shifting his weight and looking at his watch.

I took a chance, Jim usually put up with a quick hug, but would he do it in front of his friend? I didn’t ask. I held out my arms, putting myself on the chopping block. He rolled his eyes and put one arm around my back. It was probably the weakest hug he’d ever given.

“Well, if he gets one. I get one, too.” Matt stepped forward and smiled at me. I forced back the sudden screaming in my head this doesn’t happen to you! I was sure he’d feel my heart at hyper-speed. I couldn’t help smiling back and the tight feeling in my chest that kept me from speaking came back.

I stepped into his arms and he folded me as close as possible with his large coat on. I fit perfectly in his arms. My head to his neck, our heights perfect for one another. I was a hugger before that day, asking guys for them because it made me feel for just a moment like every other woman out there. I didn’t after that. Matt’s hug ruined me for anyone else’s. He held me a second longer than perhaps was expected and I felt cold when he let me go.

“I’d better follow him.” Matt flashed a smile at me. Then he was gone.

My heart beat loud and fast in my ears replaying the scene in my head. I couldn’t focus on Psychology any better after he’d left than before he’d come. I decided right then that next time Matt came to visit…I’d be going with them clubbing.

That story is for another time.

To find the rest of the story, click on the tag “my story” at the top. Thank you for reading.

One thought on “First Meeting” 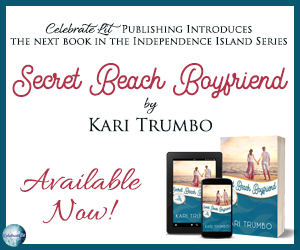