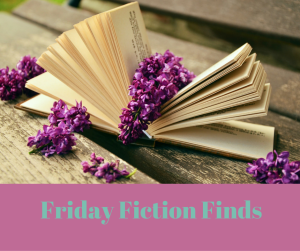 I take every Friday to post a few novels I find during the week that I want to pass along to you. They may be free or discounted, if they are particularly good and I don’t want to wait, I’ll let you know right away. Good reads should be shared with others!

If you would like to join in the fun, just copy the meme above and leave a link to your Friday finds post in the comments. (Any comments that don’t lead to a Friday Finds post will be deleted).

Beck Doughty has over 100 five star reviews for Juliette and the Monday ManDates. Blurb from Amazon; MEET JULIETTE GUSTAFSON

Juliette is heart-broken after waiting in vain almost ten years for a proposal from her boyfriend. Determined she isn’t “getting over Mike” quickly enough, her three sisters devise The Monday ManDates; an intervention plan requiring Juliette to endure what turns out to be a series of remarkably disastrous blind dates: TheraPaul, Frisky Frank, TAZ the rock star, and the stoic Tim Larsen, among others. Then there’s Victor Jarrett, the police officer with an affinity for pulling Juliette over when she’s at her very worst. But no one is more surprised than Juliette when she meets the one man who can right the wrongs in her past and change her future, if she will only let herself fall in love with him.

When Paul and Simone Gustafson are killed by a drunk driver, the lives of their daughters change irrevocably. Although raised by loving grandparents, it’s the G-FOURce—the Gustafson Four Sisters Club—that binds them together when their differences would tear them apart. All grown up now, Juliette has become the quintessential doormat, Renata, the self-appointed matriarchal figure. Phoebe is, at least according to Renata, borderline narcissistic, and Gia is on the verge of a major identity crisis.

Then there’s Angela Clinton, the senior class darling who drove her cherry black 1970 el Camino into the side of their parents’ car on the night of Juliette’s high school graduation. Angela’s prison sentence is winding down; soon she’ll be eligible for parole and moving back to town. Will the G-FOURce be strong enough to hold them together as they step into the eye of the storm that’s been brewing for the last fifteen years? Will they finally be able to let go of the past and embrace the future, no matter what it holds? You can get the book from Amazon.

Sarah Sundin writes World War II fiction and I adore the way she writes. With Every Letter is the first in a three book series. From Amazon; They know everything about each other–except their real names.

Lt. Mellie Blake is looking forward to beginning her training as a flight nurse. She is not looking forward to writing a letter to a man she’s never met–even if it is anonymous and part of a morale-building program. Lt. Tom MacGilliver, an officer stationed in North Africa, welcomes the idea of an anonymous correspondence–he’s been trying to escape his infamous name for years.

As their letters crisscross the Atlantic, Tom and Mellie develop a unique friendship despite not knowing the other’s true identity. When both are transferred to Algeria, the two are poised to meet face-to-face for the first time. Will they overcome their fears and reveal who they are, or will their future be held hostage by their pasts?

Combining a flair for romance with excellent research and attention to detail, Sarah Sundin vividly brings to life the perilous challenges of WWII aviation, nursing–and true love. Get your copy from Amazon.

Not finding a book you want? Visit my books worth reading page on Pinterest!