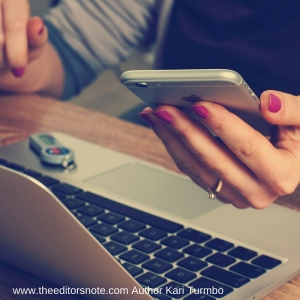 As of late, I’ve been mired in the minutiae of being an indie author. There are so many different aspects of it that even going into it with a healthy dose of knowledge, it is still overwhelming.

One part of being an Indie is taking on all the jobs that a publisher would. This isn’t all bad. I get to decide on the budget for each step and just how long it will take. I am the ultimate QA, but when I’m doing all of these other things, there’s one thing I’m not doing…writing. At least not in the soul searching, gut-wrenching, put a life on paper kind of writing.

When you put on the mantle of an Indie, you take on ALL aspects of advertising. Now, you can argue until the cows come home that traditional publishers do not advertise for their authors anymore and much of that is true, but the publisher’s name does open doors infinitely harder for me as an Indie to open. For example, many of my traditionally published friends are able to get accounts with such companies and NetGalley, and while they do pay for it out of royalties (one of the reasons the percentage of royalties is so much less for trad. pub than for indie) they still have that option. Unless I want to foot thousands out of pocket, that door is firmly closed to me. So, I have to spend the time to individually contact potential reviewers. A time-consuming task. Most reviewers you contact are inundated with free books, yours is just another in a sea.

As an Indie, you also have to do your own editing. The more you do on your own, the less you will pay someone else. The first novel that I published, I edited/did rewrites/read through over 27 times. It was a massive time investment. Also, because the Indie industry has been labeled as synonymous with poor editing, let’s face it, there are a lot of indie books that are so poorly written you have to assume the author put out a first or second draft and called it good. Now, we have to deal with readers looking for a reason to label our work with the dreaded Needs Editing. I’ve seen traditionally published novels with typos all over the place and people simply don’t make those types of comments on their reviews. As the trad. pub industry has had to trim edges and the editorial staff at most publishers has decreased, you are going to see more typo’s in traditionally published books, it is already more noticeable than it was even ten years ago. That may or may not level the playing field. As it stands, you can count on me and those I cohort with do our best to put out a product that you can enjoy, no matter if it takes extra time.

Creating advertising and posting to social media. This is something the indies and traditionally published authors have in common, though I’ll be honest, I’ve yet to see a traditionally published author post to the reader groups on Facebook. I don’t see them interacting on specialty boards focused for their platform, and I don’t see them sending out tweets multiple times a day with the exception of those authors who are now trying to gain the business of indies and prospective authors. I spend, at the very least, an hour a day on social media. Not only do I advertise, but converse. I’m creating a brand that is caring of others because that is who I am. What better a brand than one you don’t have to create…just be?

And all that without even going into formatting for print, searching for models and finding a cover designer, networking with other authors, creating your own blog tours, finding authors to give you expert reviews, setting up your author pages on Facebook, Amazon, Goodreads, BookBub, Twitter, and assorted other pages, keep up with reading non-fiction continuing education to further your craft, finding an editor you click with or two, setting up a street team and on and on. All the things that I’ve been doing recently that have kept me from writing as much as I’d like. At least it keeps me loving the time I do have.

I’ll be publishing again in a few days which will start the advertising cycle again. I’m learning to enjoy the minutiae, perhaps not as much as the writing, but enough to keep pushing ahead and trying new things.