The time is 1868.
With nothing to tie her to Mount Pleasant, the feisty and independent teacher sold the family farm and traveled to Montana to meet a prospective mail order husband.
When no one met her, she didn’t want to return to Ohio, so she secured a job teaching and rented lodging over the doctor’s office.
Can she overcome his rejection? Can he overcome the lack of love and acceptance in his past? Will they find love and respect for each other?

You can buy Romance in Thunder Canyon from Amazon.

“His name is Jonas Parsons. He has a large ranch near Spring Hill, and has never been married,” Mattie told her. “His parents passed away five years ago and left him the ranch. He was riding herd in a terrible storm when the cattle stampeded. His horse went down and he was trampled. It broke both arms and one of his legs as well as some ribs. Emma, why don’t you tell the rest since it was your experience?”
“We wrote back and forth several times and he invited me for a get acquainted visit. I’m a teacher and was unhappy with the school where I worked. I didn’t want to be a spinster mathematics teacher, so I was looking for an opportunity for a new start and a chance to end the loneliness. He asked me to let him know when I left St. Louis on the steamboat to Fort Benton, and he was to meet the stage when I arrived in Spring Hill.
“He wasn’t there when I arrived and no one knew anything other than he was anxious for me to get there. I felt abandoned, but then I met this wonderful lady, and last Saturday we found out he had been hurt and where he was. I met him today, but he won’t talk to me. He even told me to go home. I like Spring Hill, so I plan to make it my new home anyway. I’m going to be teaching this fall. That’s about it.”
“Where’s Will?” Lettie asked.
“He’s at the hospital trying to meet with Jonas’ doctor and find out what the condition is.”
“One of our members lost a husband in a stampede. She remarried and is as happy as a pig with fresh mud,” Lettie told her. “Do you have a plan?”
“I’m going to try to find a place to live in Spring Hill, and will teach. I have no plans to return to Ohio. My family is gone, and all of the people I’ve met here have been gracious and kind. Above all, I still want to be a wife and mother.”
“With this Jonas?”
“I don’t know that, and have only said hello. He will certainly have to change his demeanor if I’m going to consider marriage.”
“Would you like for me to go jerk a knot in his head?” Lettie asked.
“Better not. He probably has head injuries already. He didn’t appear to be totally rational.”
“Are you open to a suggestion?” Lettie asked.
“Yes of course.”
“Stay with us for a few days and decide after that.”
“Mattie told me you take in strays,” Emma said. “I don’t think I fall in that category.”
“Did she tell you about my widows?”
“She mentioned widows, but that’s all.”
“Lettie helps widows that need help or are destitute,” Mattie said.
“What about my suggestion?”
“I don’t want to impose on anyone. I’m not destitute, and besides, I didn’t come prepared to stay.”
“You’re making excuses. Do I smell bad or something?”
Emma had raised her teacup to take a sip and spluttered at the remark.
“I told you she was different,” Mattie said.
“It must be something in the air,” Emma said.
A man came in accompanied by Will. “Look what I found wandering around looking lost. Mattie, how are you?” He bent and kissed her on the cheek.
“I’m fine, Jack, and you?” Mattie said.
“Never better,” he replied. “You must be Emma. I’m Jack Owens. I belong to her,” and nodded his head toward Lettie.
“Emma Cantey. Nice to meet you.”

Romance in Thunder Canyon is a quickly paced novel that has a good plot and storyline. The scenery is captivating and the descriptions of life in the early west accurate.

The story gives us a look on about eight months in the life of a teacher from Ohio moving west to find love and to get away from the restrictive rules of teaching in her home town. If she would have stayed, it would have left her a spinster.

A rancher from Montana has a chip on his shoulder, but not like you’d expect. He’s had loss and this leaves him feeling unworthy, is he good enough for the teacher from the East?

All in all, a good story and a quick read. I received this book free for an honest review, which I have given.

Historical Tidbit from researching the novel:

Prior to the completion of the Transcontinental Railroad in 1869, travel was accomplished by stagecoach or by steamship around Cape Horn and up the Pacific Coast to San Francisco. If he could afford it, the emigrant could take a river steamboat from St. Louis, Missouri to Fort Benton Montana, an 18 day trip.

Susan Leigh Carlton lives just outside Tomball, Texas, a suburb twenty-six miles northwest of Houston. She began writing and publishing on Amazon in August of 2012.
Susan observed the eighty-second anniversary of her birth on April 17th. She says, I quit having birthdays, because they are depressing. Susan and her husband celebrated their fiftieth wedding anniversary on April 16th, 2016, the day before her birthday.

You can find Susan on Facebook! Susan Leigh Carlton 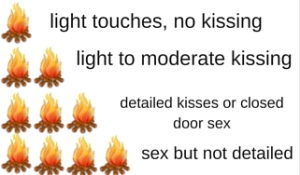