Jessica Depre’s life is in tatters. She’s on the run, thanks to her abusive husband Robert, who needs to silence her about his criminal escapades and the part he forced her to play in them. When bounty hunter Drake Adams walks into the boarding house where she works, Jessica slips away into the night. Her only hope of surviving and protecting those she loves from her husband’s rage is to vanish forever.

Unable to accept that the only woman he ever loved left him standing at the altar and married another, Drake Adams has given up a good law practice in the Wyoming Territory. If he’s not hunting down bounties, he’s pursuing the bottom of a bottle of bourbon. When Drake learns his former fiancée, Jessica Majors-Depre, has a price on her head, he decides he will collect the reward.

Can the bounty hunter and the bank robber ignite a future from the ashes of their past when they are trapped by a blizzard in a mountain shack or will playing with fire burn them both?

You can buy Seize the Flame from Amazon.

“Drake, please, let me go.” She wasn’t sure if she was asking him to actually release her or to stop emotionally holding onto her.
“I wish to hell I could.” He let go of her arms only to catch her face between his hands and she forced herself to look at him. The taut control over his expression and tone was gone. In its stead was a burning that ignited in the depths of his eyes. A desperate hunger etched the lines of his face. His voice rasped with that burning hunger. “I wish to hell I could convince myself to let you go.”
Her arms remained trapped between them. Almost of their own accord, her hands unclenched. The stubble darkening his jaw rasped against her fingertips as she traced the line of his jaw. She felt his chest hitch with his quick intake of breath. His response lent her enough bravado to search his features. The laugh lines at the corners of his eyes were deeper, and there were a few silver hairs at his temples, now, giving him a distinguished, polished air. His brows still arched and slanted upwards, as if he saw everything with a curious amusement.
His intense gaze raked over her face, lingering on her lips.
The kiss that hung between them, unfulfilled, was there if she just leaned into him. Heedless of the consequences, she licked her dry lips.
The heat in his eyes grew, and his breath hitched again as she worked her arms loose enough to encircle his neck, plying her fingers through the waving curls of his black hair.
“You’re playing with fire, Jessie.”


Seize the Flame is a Western Novel for readers who like to feel where the story is. Wyoming is almost a character in the novel, weaving its way into the actions and reactions of the hero and heroine and I loved that. I’ve never been to Wyoming, but I feel like I would recognize it after reading this novel.

I loved Jessie and Drake and how their own hurts and insecurities get pealed away layer by layer in this novel. You really feel that things could happen the way they happened within the pages. It will make you angry, cry, and laugh and love the HEA in this novel.

There is one detailed love scene for those looking for that, but honestly, the rest of the story was so good that those of us who aren’t in it for that won’t miss a thing by skipping over it. Just as surprising and wonderful is the message of faith within the pages as well. I really liked that this story was well rounded and truly about the relationship of these two and though there was tension throughout by far it was more than about sex, it was about who they were and who they are now after almost two years of hurt.

A great story, I highly recommend. I received this book free for an honest review, which I have given. 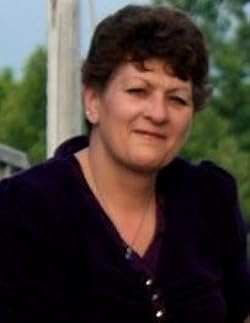 Certain she was born about 150 years too late and in the wrong part of the country, Lynda J. Cox can’t remember a time when she didn’t want to live in the Old West. Short of inventing a time machine, she’s settled for writing romances set in the wide open spaces of what was then the Wyoming Territory. With a love of writing and history, she combined both into a double major in English and history and continued on to a master’s degree in English.
When she isn’t writing, she can often be found on the road, traveling to the next dog show. Those long road trips allow her to plot out her novels.
You can contact Lynda on Facebook by searching for Lynda J. Cox. She loves to talk about writing, books, dogs, and horses.

You can find Lynda on Facebook! Lynda J Cox

The one scene is fairly detailed and lasts a few kindle pages so puts it above a 4 flame rating.