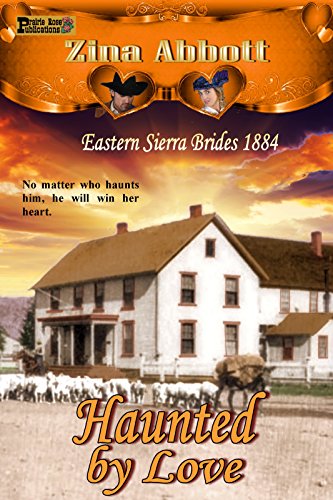 Beautiful Hazel Jessup arrives in Bridgeport, California, after being turned out by her guardian and sent across the country to join her sister. But Hazel has misgivings. She hasn’t had any response to the letters she’s sent to her sister for several months. When Hazel arrives at Hiram Leavitt’s inn, things take a turn for the worse when the man who’s been hired to see her safely to her destination betrays her. She is given a room she must share with another occupant—a specter named Charlotte, who only Hazel can communicate with.

Luther Caldwell prepares to leave Bridgeport with a wagonload of supplies for the mining town of Lundy. Hiram Leavitt begs him to take Hazel with him and reunite her with her sister. Though Luther has misgivings about transporting a young lady to Lundy on his freight wagon, he eventually agrees. Pretty Hazel laughs at his jokes and shares her own fanciful tale about an encounter with a ghost, the famed White Lady. As they draw closer to their destination, Luther becomes serious about only one thing—insuring that he wins Hazel’s heart. When she smiles at him, he knows he’s destined to be HAUNTED BY LOVE.

You can pick up a copy for yourself from Amazon.

Hazel knew she had a long day ahead of her the next morning. She decided she might as well put on her nightgown, brush out her hair and prepare for bed. She noticed when she walked toward the opposite side of the room to pick up her valise, the feeling of sadness faded. But, when she walked back toward the dressing table, it increased slightly. Her curiosity aroused, Hazel once again walked toward the side window of the room. The feeling of sorrow again intensified. “Go away.”
Hazel froze in place. Someone was speaking to her. She quickly stepped back until she reached bottom corner of the bed. The sense of sadness once again diminished. But that did not answer the question now in Hazel’s mind. A tingle of fear coursed through her as she realized she was not alone in the room. “Who’s there?”
“Go away. Leave me alone.”
Her legs trembling, Hazel clung to the post at the foot of the bed. She had heard the voice twice now. Only, it wasn’t a voice she heard. The words entered her mind as plainly as if someone stood next to her and spoke to her, but they did not come through her ears first. And, in spite of the two lamps casting their soft glow throughout the room, she could not see anyone.

Haunted by Love appears to be the fifth installment on the Sierra Brides 1884 series, this novel picks up where Her Independent Spirit left off, though the spirits in both these are completely different. This novel is a connecting book that brings Hazel to her sister Beth and the romance of Hazel and Luther is alluded to. More of the story is about Charlotte, a deceased , though cherished, member of the community.

I liked how the author introduced Hazel and the ghost story gave a great window to the reader into how Hazel thinks. The ending feels quite open-ended and I’m sure that is intentional. This is a great serial with a neat cast of characters. I definitely recommend this book, but especially for those who enjoy serials. It reminds me of how novels were originally released in bits in the newspaper, which gives it a real period feel.

To read my review of Her Independent Spirit, click here. 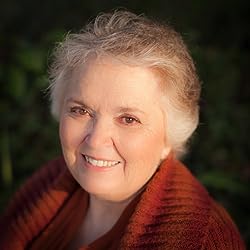 Zina Abbott is the pen name used by Robyn Echols for her historical novels.
The author currently lives with her husband in California near the “Gateway to Yosemite.” She is a member of Women Writing the West, American Night Writers Association, and Modesto Writers Meet Up. She enjoys any kind of history including family history. When she is not piecing together novel plots, she pieces together quilt blocks.

Much of this story takes place in the old Leavitt House, a stagecoach inn in rustic Bridgeport, California, the Mono County seat east of the Sierra Nevada mountains. The cover is taken from an 1877 photo of the inn run by Hiram and Eliza Leavitt. The inn, complete with additions, is now known as the Bridgeport Inn. The decor retains the style of the late 1800s era.