Paty Jager joins me today for Western Wednesday. Read all the way to the bottom for a giveaway! 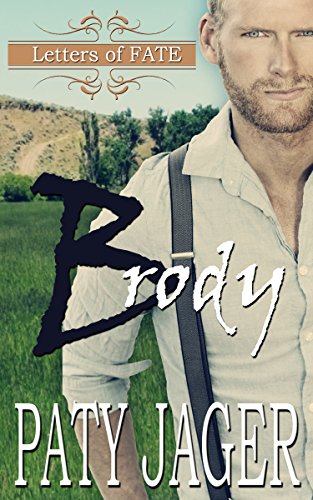 Historical western filled with steamy romance and the rawness of a growing country.
A letter from a grandfather he’s never met has Brody Yates escorted across the country to work on a ranch rather than entering prison. But his arrival in Oregon proves prison may have been the lesser of two evils. A revenge driven criminal, the high desert, and his grandfather’s beautiful ward may prove more dangerous than anything he’d faced on the New York docks.
Lilah Wells is committed to helping others: the judge who’d taken her in years ago, the neighboring children, and the ranch residents, which now includes the judge’s handsome wayward grandson. And it all gets more complicated when her heart starts ruling her actions.

You can get your copy from Amazon here.

Brody grew up under tough circumstances and had to grow up on the streets. He’s given a last chance letter that saves him from prison. Can he measure up to expectation; does he even want to? Liliah is an orphan who just wants to be seen as an equal, valued. Can she convince her ward that her worth doesn’t depend on a college education?

I really enjoyed Brody and its cast of characters, the plot is steady with good characterization and I like the mystery built into the romantic plot. Readers who like things a little more spicy will enjoy this novel. The author brings you into the story of the west by detailing the surroundings and the harvest very well. A good read.

Caveat for my sweet vs. spicy readers, this novel contains a detailed pre-marital sex scene.

Paty Jager is an award-winning author of 25+ novels and over a dozen novellas and short stories of murder mystery, western romance, and action adventure. She has a RomCon Reader’s Choice Award for her Action Adventure and received the EPPIE Award for Best Contemporary Romance. Her first mystery was a finalist in the Chanticleer Mayhem and Mystery Award and a runner-up in the RONE Award Mystery category.  This is what readers have to say about the new Letters of Fate series- “…filled with romance, adventure and twists and turns.” “What a refreshing and well written love story of fate and hope!”

You can find Paty on Faceboook

This book is set in an area not too far from where I live. The cave in the story is an actual cave where we take family and friends who visit. There is a lake in the cave just like in the story. The cave was first used by the Paiute Indians. They barricaded themselves in after discovering the Bannocks were on a raid to kill them. Later, the cave was discovered by the whites and in the early 1900’s was used as a picnic destination by a local resort. They had small docks and rowed boats out in to the lake. Now it is owned by the Masons and used once a year for a gathering. The rest of the year it is open to the public. There aren’t any signs, only locals know how to find it.

For a chance to win a copy of Brody, comment below what is your favorite part of fall? Winner announced next Wednesday!

The sexual encounter in this novel is detailed.